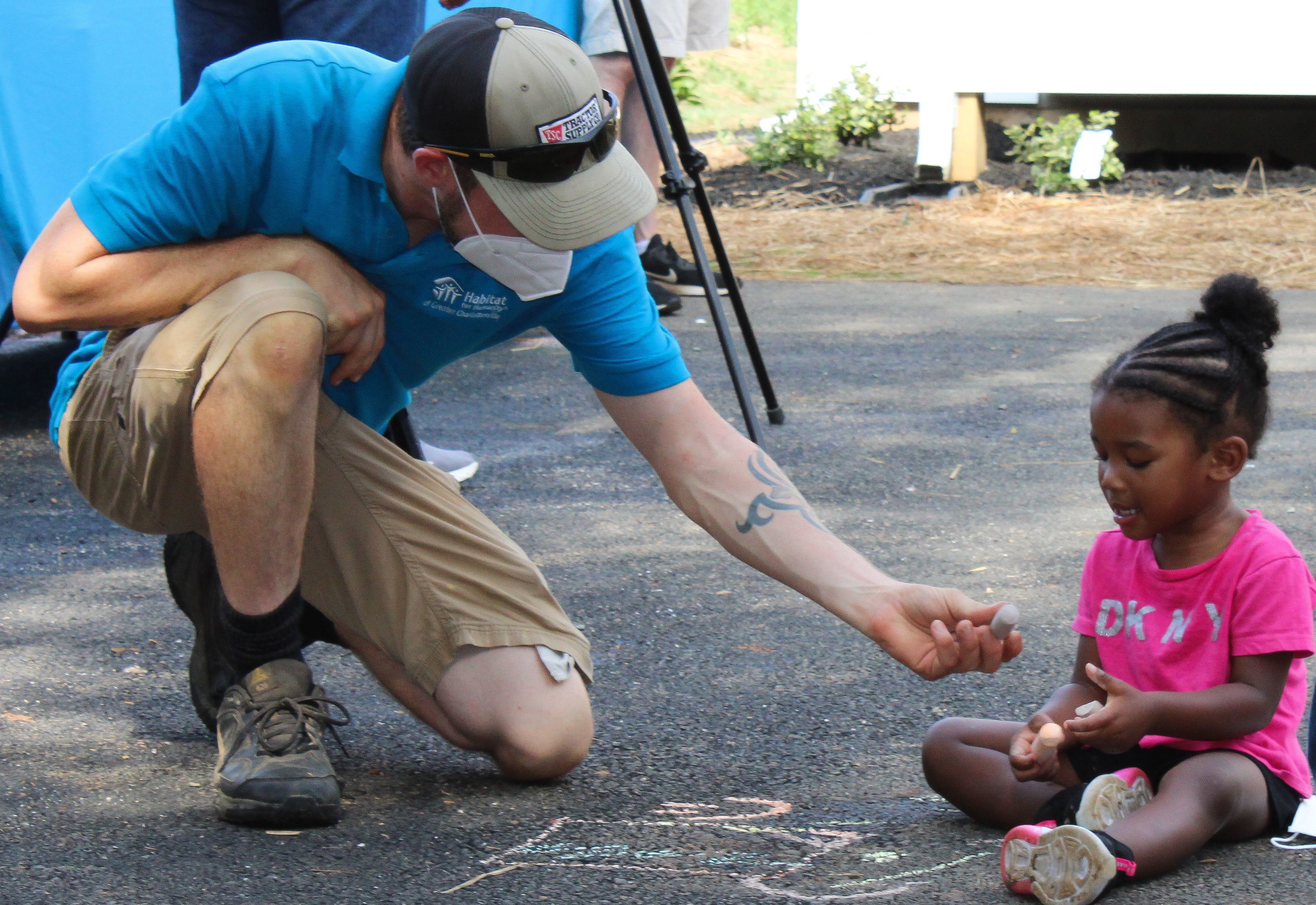 For this month, HFHGC’s Advocacy in service to our vision of a Greater Charlottesville where everyone has access to a decent place to live includes opportunities to speak up for policies at the local, state and federal levels.

Background: Last March, the Charlottesville City Council passed an Affordable Housing Plan to proactively address the 4,000-unit shortage of affordable housing in the City. Perhaps the most critical component of the plan is the subsidy section which calls for the City to commit to a $10M annual allocation to the Charlottesville Affordable Housing Fund (CAHF) for the next ten years. Without this subsidy, the other areas of focus will simply not produce enough affordable housing to meet the need.

The draft CIP, although funding $7.3M in housing initiatives (vouchers, CRHA and PHA redevelopment), was short of the $10M recommendation by $2.7M and leaves little if any money to support homeless housing solutions, rehab and homeownership. The Planning Commission voted in December to recommend a CIP inclusive of the additional $2.7M to Council at a public hearing in December. City Council is now considering that recommendation as it builds its FY ’23 budget.

The City has advertised a 10-cent property tax rate increase and is advocating for state enabling legislation to allow it to charge an extra one cent on sales taxes in order to fund a roughly $80M school reconfiguration. Councilors seem split on the property tax increase and prospects for the sales tax legislation are 50/50 at best. If the City proceeds with using its CIP for school configuration without a real estate and/or sales tax increase, it is projected that the CIP will be essentially frozen for all other activity (housing, roads, etc.) for a period of about 10 years.

Habitat’s Position: Habitat strongly supports the Affordable Housing Plan and in particular believes that the subsidy recommendations in the plan were based on well-researched data regarding the subsidy and leverage needed to tackle the issue proactively over time.

Therefore, we urge City Council to adopt the PC’s recommendation and vote for a FY ’23 CIP that fully funds the CAHF at $10M. This would enable the City to continue to fund current obligations such as Public Housing and Friendship Court redevelopment, vouchers and tax relief while, for the first time in three years, also funding critical initiatives such as home rehab, weatherization and home ownership. Without this funding, local agencies will lack a local match which is needed to leverage tens of thousands of dollars of state and federal subsidy for each unit, allowing them to serve more families and drive affordability deeper.

Additionally, Habitat believes that the low-income residents should not have to choose between safe housing, good roads and well-built and maintained schools, so it is supportive of measures to raise revenues to support CIP initiatives.

Also, let them know that you are supportive of increased revenues to support an array of critical public investments funded through the CIP.

Background: For several years, the County of Albemarle has been collecting “in lieu of” payments from developers to seed an affordable housing fund. Only periodically has there been a mechanism for accessing those funds.  Recently, after completing an Affordable Housing Plan, the County prioritized the fund. County staff is currently recommending that the Board of Supervisors allocate $3.1M of last year’s budget surplus to the fund.

Action Needed: Contact members of the Albemarle County Board of Supervisors at bos@albemarle.org to thank them for their work on the affordable housing plan and tell them that you support staff’s recommendation of $3.1M of surplus money being allocated to a County Affordable Housing Fund.

3.    Housing Initiatives in the Build Back Better Act

Background: The federal Build Back Better Act passed the US House of Representatives in December. The bill calls for more than $150B in funding for housing, including tens of billions of dollars that can be leveraged for homeownership. This would be the single largest investment in housing in more than a generation and would provide a needed stimulus for housing that the market is not producing, including affordable homeownership. Unfortunately, the bill’s fate in the Senate is uncertain as two Democratic Senators have joined all 50 Republicans in not voting to move the bill beyond a filibuster via the reconciliation process.

At this point, no one can accurately predict the next steps. In one scenario, BBB will move forward in a much-slimmed-down form that could attract the support of Senators Sinema and Manchin. In another, separate components of the bill would go forward as stand-alone items or in smaller packages which would require 60 votes in the Senate as well as House support.

One challenge is that all of the housing components of the bill are not alike. Some are simply additional funding amounts for existing programs, some are new programs entirely. Some could be passed via reconciliation, some would need to be stripped out.

Regardless of the path forward, we know that significant investment in housing is critically needed, having all but been ignored for a generation. Meanwhile, public housing crumbles, homelessness increases and the home equity racial wealth gap grows.

Habitat’s Position: Habitat strongly supports the Build Back Better Act’s investments in affordable housing. Regardless of how the housing components of BBB move forward, we would like our two senators to take leading roles in moving these provisions forward. Habitat has worked for years to provide technical assistance in structuring these programs and investments as part of our Cost of Home campaign. In fact, eight of our 10 highest priorities for reducing the cost of home for the 19 million Americans paying more than 50% of their income on housing were included in BBB.

Action Needed: Please email your Senators today urging them to figure out a way to move forward the $150B in funding for affordable housing that was proposed in BBB.

This page will be updated on a monthly basis with new action items for people looking to advocate for affordable housing solutions in the greater Charlottesville area.