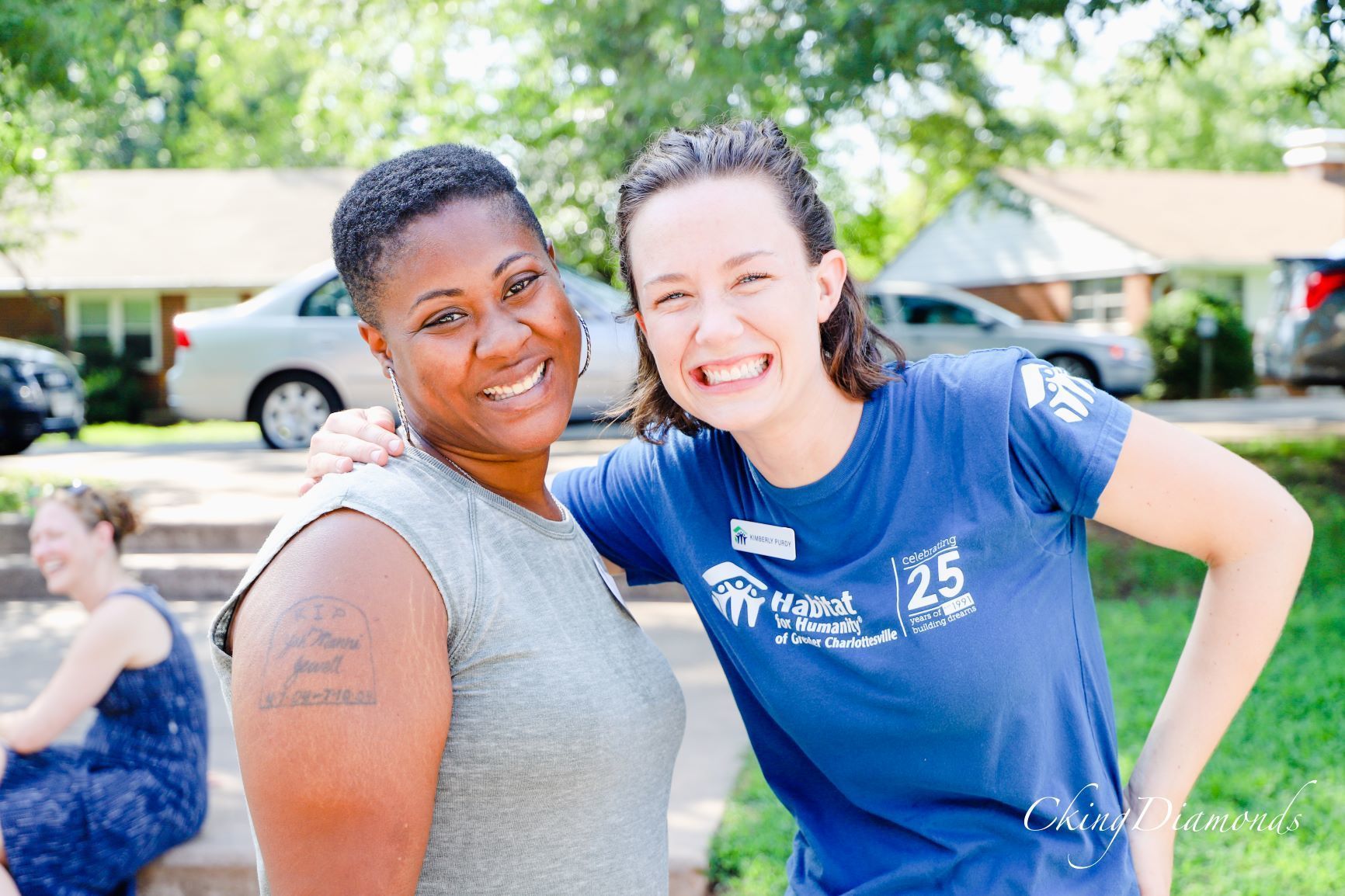 We bring people together to build and rebuild homes and communities while catalyzing new pathways to safe, decent, affordable housing.

A Greater Charlottesville community where everyone can find a decent place to live.

Koinonia Farm was founded in Americus, GA in 1942 by Clarence and Florence Jordan and Martin and Mabel England in 1942 as a “demonstration plot for the Kingdom of God.” For them, this meant an intentional community of believers sharing their lives and resources, following the example of the first Christian communities as described in the Bible. Koinonia's commitment to racial equality, pacifism, and economic sharing brought violence to the farm in the 1950s as the KKK and others attempted to force them out.

They responded with prayer, nonviolent resistance, and a renewed commitment to live the Gospel. As threats of violence dwindled, they focused on the poor quality of local housing and began a project to build decent, affordable homes for their neighbors. The housing ministry evolved into Habitat for Humanity International under the leadership of Millard and Linda Fuller, who became members of Koinonia after leaving a lucrative lifestyle in New York. Founded in 1976, Habitat for Humanity International has become a global housing ministry working with people of all faith traditions and backgrounds, operating in all 50 states in the U.S. and in over 70 countries around the world.

Our Values: Koinonia Every Day

At Habitat for Humanity of Greater Charlottesville we work to replicate the spirit, teamwork and sacrifice of Koinonia every day. To read our values document in its entirety, click here.